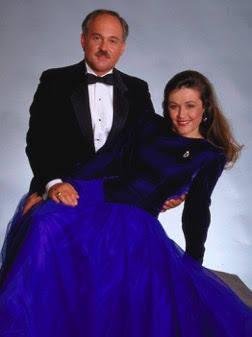 An Australian and American ensemble based in San Francisco, the Angelo Duo is known for concerts that feature diverse musical styles. Alumni of the San Francisco Conservatory of Music (SFCM), Catherine and Anthony met at the Music and Arts Institute in San Francisco where Ross McKee first paired them as a piano duo. The duo was developed and refined at SFCM under the direction of the distinguished piano duo, Milton and Peggy Salkind. The Angelo Duo’s international career includes performances in Australia, England, Italy, Latvia, Lithuania, Russia, Ukraine, and the United States. The Angelos have toured Russia and other Eastern European countries six times and, on several occasions, they were the first American artists to perform for these audiences. The Angelo Duo’s 1999 tour to Eastern Europe was sponsored by a grant from The Fund For U.S. Artists At International Festivals funded by the National Endowment for the Arts/U.S. Information Agency. In 2002, The California Arts Council selected the Angelo Piano Duo as roster artists for their Directory of Touring Artists and, in 2004, Catherine and Anthony were the recipients of the Mill Valley Art Commission’s Milley Award for Achievement in the Musical Arts.