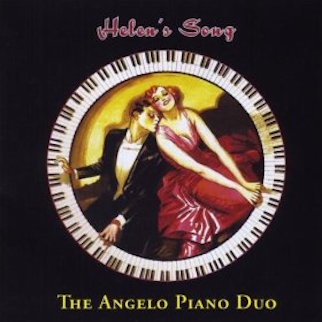 The Angelo Piano Duo's CD, Helen's Song, is dedicated to a very special person and close friend, Helen Wray. She was the soulmate and partner of pianist, George Cables, and is the inspiration for his classic jazz standard, Helen's Song. The Angelo Duo's CD features a unique concert arrangement of Helen's Song for two pianos composed by Bruce Cameron Munson. The CD also includes works by Sergei Rachmaninoff, William Bolcom, Astor Piazzolla, a live recording of Mack Willberg's Fantasy on Themes from Bizet's Carmen for 2 pianos, 8 hands with The Riga Piano Duo.

Own your copy today. Click here to order from CDBABY.COM. 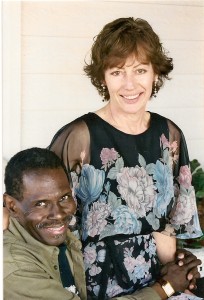 George Cables was classically trained as a youth, and when he started at the "Fame"-worth New York High School of Performing Arts, he admittedly "didn't know anything about jazz." George has since performed and recorded with some of the greatest jazz musicians of his time, including Joe Henderson, Roy Haynes, Max Roach Art Blakey, Sonny Rollins, Freddie Hubbard, Woody Shaw, Sarah Vaughn, Tony Williams, Bobby Hutcherson and Dizzy Gillespie. He has emerged as a major voice in modern jazz and is currently performing and recording as a soloist, with his trio, and larger ensembles, and appears as a clinician in college jazz programs. In addition to composing and arranging for his own albums, George Cables has contributed to recordings by any other jazz artists.

Bruce Cameron Munson is a graduate of U.C. Berkeley Music Department and active as a composer and arranger. In 2009, he launched his own music editing and engraving business, Munson Music Services & Consulting. Munson wrote the two-piano concert arrangement of Helen's Song for The Angelo Piano Duo in 2006.

Brahms By The Bridge 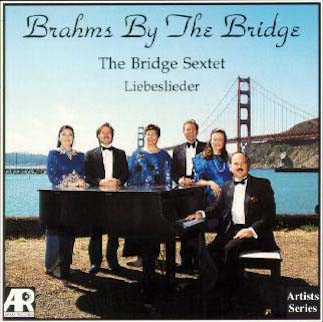 The Bridge Sextet, a vocal quartet and piano duo, was formed in 1983 by alumni and faculty of the San Francisco Conservatory of Music to explore repertoire written and arranged for this combination of musicians. This unique group has performed extensively to wide public acclaim and has accumulated radio and television credits in the U.S., Germany, Italy, Australia, Thailand, and Africa. Their concerts include a wide variety of engaging repertoire ranging from Brahms to Sondheim. Several composers from the San Francisco Bay Area have also written compositions for the sextet.

"The Bridge Sextet's interpretations are notable for their "intimacy, freshness, and pure joy." (The Sun)

"The Singers were first rate, as were the two pianists... The popular four-hand transcription of 'The Hebrides Overture' by Mendelssohn and vocal works by Elgar, Vaughan Williams and a bouquet of music from Gilbert and Sullivan allowed the outstanding soloists to be heard in turn." (Wyatt Insko, The Diapason) 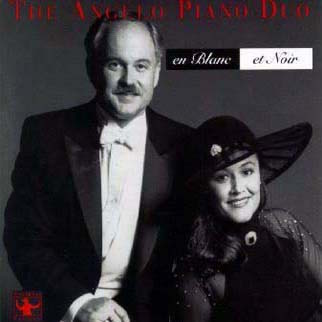 I. Australian-born composer and gifted pianist PERCY GRAINGER made a generous contribution to the two-piano and four-hand literature. He became interested in the music of GEORGE GERSHWIN towards the end of 1943. Perhaps the most fruitful product of his interest was the Fantasy for Two Pianos on themes from Porgy and Bess, which was published in 1951. The Fantasy consists of the following sections: "My Man's Gone Now," "It Ain't Necessarily So," "Clara, Don't You Be Down-Hearted," "Strawberry Call," "Summer-time," "Oh, I Can't Sit Down," "Bess, You Is My Woman Now," "Oh, I Got Plenty O' Nuttin," and "Oh Lawd, I'm On My Way."

II. DAVID GARNER wrote Four for Shiva in 1988. In each of the four movements, Garner uses many of the characteristics of modern American dance music: Afro-cuban, jazz, be-bop, and rock and roll. By incorporating the use of these elements in this piece, the composer has attempted to break down musical barriers which have traditionally separated classical music from jazz and rock. If disparities in a culture can also become a unifying force of that culture, then music certainly represents a major step towards making that possible.

III. For almost a year after the outbreak of World War I, CLAUDE DEBUSSY abandoned composition. Besides the paralyzing effect which the war had on him, he was an extremely sensitive man and an intense nationalist. The first composition which Debussy completed after this period of creative impasse was En Blanc et Noir, a set of three pieces for two pianos. The title aptly describes the sharp contrasts in mood and color found between the three movements of the work, and, indeed, within the movements themselves.

IV. Sonata for Two Pianos, by BRUCE CAMERON MUNSON, consciously uses rhythms and harmonies taken from the contemporary and jazz idioms and applies them to the classical sonata form. His purpose is not only to explore the ties between modern jazz, contemporary and classical music, but to introduce the listener, both young and old, to the language of contemporary music.

This CD was recorded at Fantasy Studios in Berkeley, California using two Yamaha concert grand pianos. It was engineered by Stephen O'Hara and produced by Joanne Corbett-Barnes and Stephen O'Hara on CON MOLTO CLASSICS.